Like many royals enthusiasts, I have been looking forward to season four of The Crown basically ever since season three ended. Somehow, this show just never fails to not live up to the sky-high expectations that legions of fans have for it, and season four is no exception. On Saturday, I got even more excited about my upcoming visual feast and decided to watch the entire season in one day, preferably while drinking something British and eating a lot of food.

After seeking counsel from Instagram, I arrived at a liquor store and promptly went rogue. While looking for something else entirely, I turned a corner and saw a bright pink bottle of strawberry gin that had a little British-looking dude on the label with the all-caps word LONDON etched into the glass side of the bottle, and y’all, it was like Princess Di herself moved through me. I picked up the bottle without any knowledge of what could possibly pair well with a bright pink bottle of gin but full of determination to have fun figuring it out.

I woke up bright and early at 7:30 a.m. on Sunday, November 15, and decided to begin my foray into all things QE2 an hour later. And now I present to you the spoiler-free fruit of my labor!

As a writer and editor who has been thriving in online publishing for over a decade, I love love love love nothing more than working with my fellow creatives who just want to do this thing already. When I’m not writing, I’m usually trying to relearn how to jump rope, talking about how amazing Carrie Fisher was and is, or getting cruelly and relentlessly crushed by my kid in Mario Kart or FIFA 20.

Stay up to date via our weekly newsletter.

Like many royals enthusiasts, I have been looking forward to season four of The Crown basically ever since season three ended. Somehow, this show just never fails to not live up to the sky-high expectations that legions of fans... 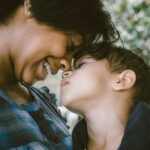 My Family Isn’t Broken Just Because I Chose Divorce, And Neither Is Anyone Else’s

Last night, my 11-year-old and I sat down for a solstice meal. It was pretty silly: I made “lanterns” that I put together with four Mason jars, printer paper, a hole punch, and tape. I...